Shengzhou shows to the world: "One round and one flat" Gold business card

Shengzhou spring is rainy, standing high, overlooking the tea garden in Shengzhou, light gauze, smoke and rain, tea mountain and village clouds cover the fog. Green tea farmers are busy in the blue waves, the new green tea mountain, a pair of poetic landscape paintings in Shengzhou with the movement of guests around the development. 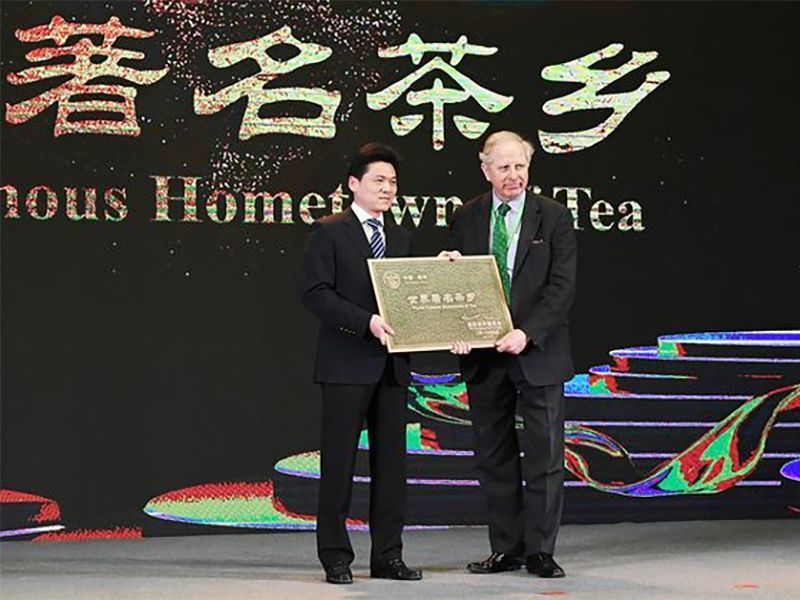 On March 22nd, industry representatives and merchants from more than 20 tea producing countries and leading countries such as the United States, Canada, the United Kingdom, the Kingdom of Morocco, as well as representatives of tea merchants and tea experts from all over the country. With the witness and participation of more than 500 people, the first international Shaoxing (Shengzhou) Green Tea Conference and the 20th session with the theme of inheriting and innovating “One Round and One Flat” (Gunpowder and Longjing Tea) and sharing the “One Belt and One Road” The opening ceremony of the Yuexiang Longjing Tea Culture Festival was held in Shengzhou, Zhejiang, China. The Green Tea Conference was co-sponsored by the China Food and Animals Import and Export Chamber of Commerce, the China International Tea Culture Research Association and other related industry associations and the Shaoxing Municipal People's Government.

Shengzhou is the hometown of tea in China, the top ten tea-making counties in the country, and the largest Longjing tea production base in the country. The annual production of Longjing accounts for one-third of Zhejiang Province, and the production of pearl tea accounts for 20% of the country. Green tea exports account for about half of the world's green tea. 80% of the trade volume, the products are exported to more than 40 countries and regions such as Western Europe, North Africa and South Asia. The International Green Tea Conference and the 20th Yuexiang Longjing Tea Culture Festival will be held in Zhangzhou. The tea will be used as a medium for tea, and tea lovers will learn from the advanced experience, promote tea culture and develop tea. Industry, strengthen the tea economy, further promote the development of the tea industry, and play the gold card of the "Hometown of Tea in China". Xu Jianyi, secretary of the CPC Shengzhou Municipal Committee, said in a welcome speech.

Shengzhou has a long history of tea production. As early as the Han Dynasty, there was a custom of tea and tea. As a famous tea, Shanxi Tea has always been a court tribute tea. The city has 180,000 mu of tea gardens, and the tea production value exceeds 1 billion yuan. Its production area and output are among the highest in the Longjing tea production counties (cities, districts). The main products are Longjing tea, Huibai tea, and Gunpowder tea. Yuexiang Longjing Tea is named after the unique regional culture of  “the hometown of Yue Opera”. It is made of high-quality tea tree buds. It has the characteristics of flat and smooth shape, green color and bright yellow, rich aroma, rich taste and long-lasting resistance to foam. Consumers loved and won the top ten famous teas in Zhejiang Province. 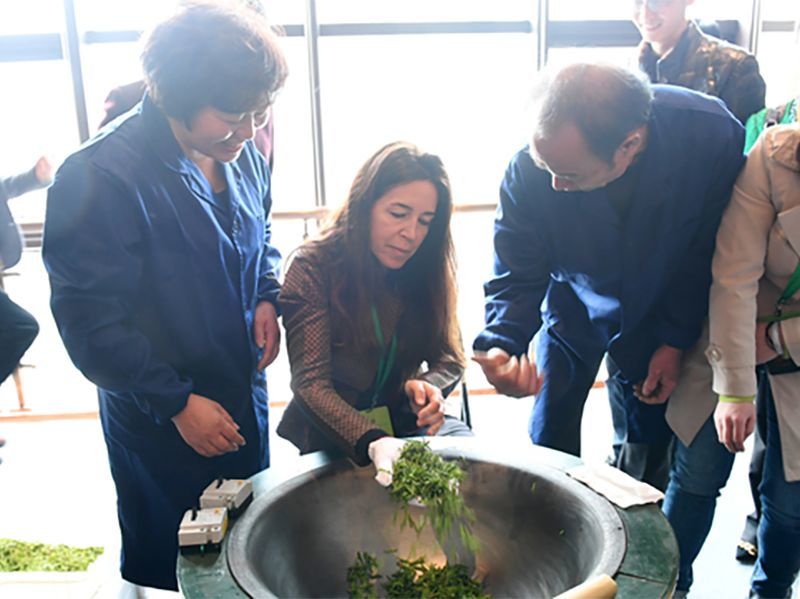 Subsequently, Yu Lu, vice president of the China Chamber of Commerce for Import and Export of Food, Livestock and Animals, Mr. Ian Gibbs, Chairman of the International Tea Committee, and Chen Xiaoping, Vice Chairman of the Zhejiang CPPCC, delivered speeches respectively. At the opening ceremony, Minister Muhadrah Aceh said that since 1958, China and Morocco established diplomatic relations and Morocco became the second African country to establish diplomatic relations with New China. Tea has played a unique role in the process of working together. The proposal of China's "One Belt, One Road" strategy has provided a big platform and new opportunities for further exchanges between the two countries. Morocco has become a member of the “Belt and Road” and will work to promote the economic and cultural integration of the two sides. It is committed to mutually beneficial exchanges and cooperation, bringing about sustainable development and a win-win situation. 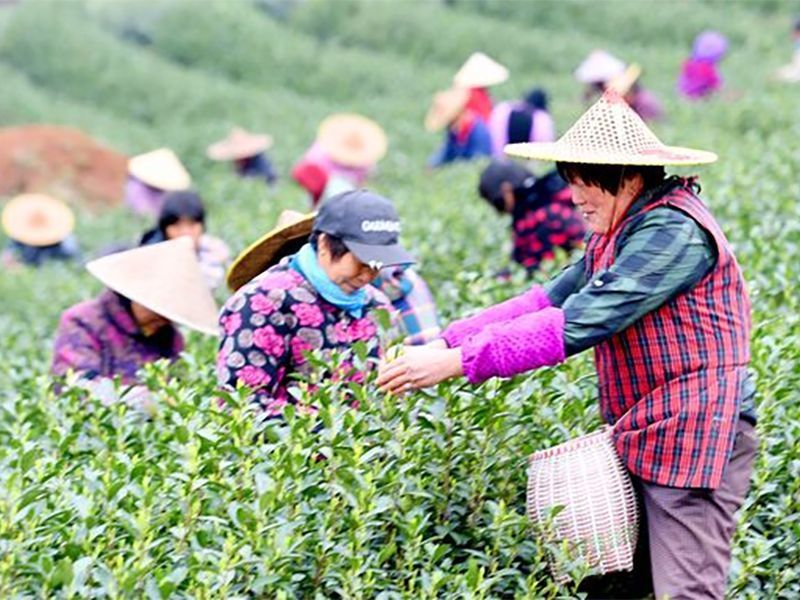 During the conference, guests from all over the world passed the Global Green Tea Development Forum, the International Green Tea Dialogue, and the industry leaders delivered a speech. The “World Famous Tea Town” was named Shengzhou, and reached the “International Green Tea Shengzhou Consensus” and the Longjing Tea Handmade Skills Competition. The Yuexiang Longjing Symposium, the tea town inspection, the Chinese and foreign tea people's meal, the "green tea writing spring and autumn, the world sees Shengzhou" conference feature films and other three-dimensional, real-style forms, comprehensively introduced the elegance of Shengzhou "one round and one flat" The quality, as well as its origins from the landscapes and humanities of Shengzhou, stem from the tea culture of cultivation, technology, innovation and market, so that the world can further understand the green tea in Shengzhou. Chinese and foreign tea people's meal, through the Yue opera performance, Shengzhou snacks tasting, etc., is to let the guests personally experience the Shengzhou tea culture, Yue opera culture and customs. Feel the dynamic and developing new city of Shengzhou, a landscape garden city with a lot of scenery, and realize the profound meaning of the slogan "China green tea sees Zhejiang, Zhejiang green tea Shengzhou strong!" This poetic and fascinating March, the beautiful "China's tea town", has issued the "International Green Tea Shengzhou Consensus" to the world and won the glory of "the world famous tea town". The whole event is full of wind and fragrance, full of dry goods and overflowing.